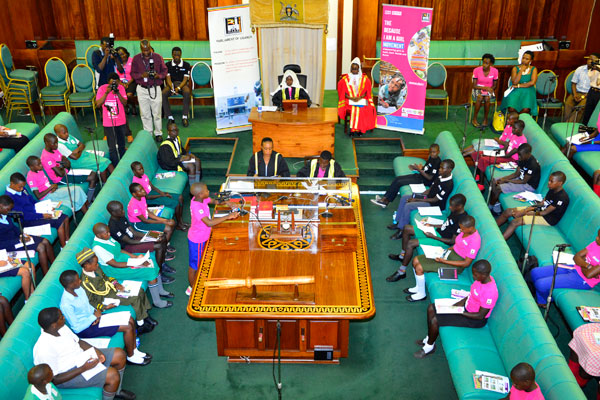 Uganda at the moment houses more than 38 million people with the youth constituting more than 80 per cent of the population. There is a saying that the vision of a country lies in the hands of the youth and this is true for Uganda too. The youth have tremendous ambitions. Our country requires the youth to acquire the necessary skills to do the job that can help build the economy.

This demands that the youth should know how to read, write, think. understand, analyse and discuss the country’s challenges. As the spring of life, the age of discovery and dreams of a state, the importance of the youth cannot be over emphasised. The youth have drive to transform Uganda into a better place to live in and the capability to lead their country in the right direction and to fight for the common good, equality, unemployment, exploitation, and poverty, among others.

However, in order for all this to happen, the government should provide the youth with good education. Otherwise, today, the youth especially the males, are preoccupied with foreign football teams such as Arsenal, Manchester United, Barcelona and Real Madrid, etc, while the females are engrossed in watching soaps and movies. Our youth engage in betting activities so as to acquire quick money. The fact is, all developed countries and developing ones are where they are due to the efforts of their youth. As such, it is wrong for the youth in Uganda to get lost in the fantasy of becoming rich in one day.

This is happening due to the youth ignorance and lack of initiatives to lead them in the right direction. For instance, the youth in Uganda play peripheral roles in politics in spite of the fact that they are a social force to reckon with. Uganda faces a lot of challenges which and are better positioned to solve some of them. For instance, the youth can play a crucial role in containing the murders, kidnaps, arrests, suspicions, corruption, poverty, etc, that are putting the country on its tenterhooks.

For all the nightmares in Uganda to brought to an end, the youth should be brought on board in the pursuit for national security and development. The government should know that the role of youth in nation building is crucial. The youth are problem solvers, have a positive influence on other young people and nation, and are extremely ambitious. However, they will not be able to achieve much without the help from the government. The youth can make Uganda rise and shine again.